Music Director/Producer/Composer Ray Chew’s work can be found across multiple networks in various TV offerings, both in front of the camera and behind the scenes.  The sounds of the much sought-after Maestro will be on full display during Macy’s 46th Annual 25-minute Fireworks display airing on NBC July 4th, 2022.

Ray’s mark across the TV landscape can also be found on various NBC Specials, including the 95th Annual Macy’s Thanksgiving Day Parade, The 2021 Rockefeller Christmas Tree Lighting and their special supporting Broadway Cares - One Night Only:  The Best of Broadway.

He returns to ABC's "Dancing with The Stars" for season 31 creating his vibrant takes on current and classic hits for the 14th straight season of the Emmy Award winning reality TV competition.

Ray’s tenure as music director for series network television started in the 90’s with the longest running show in syndication – It’s Showtime at the Apollo (NBC).  Other series include Singing Bee (NBC), Sunday Best (BET), Rising Star (ABC), American Idol (FOX) and I Can See Your Voice (FOX).

His work with orchestras as a conductor and a composer has carried him to prestigious venues all over the world. From the Hollywood Bowl in L.A. to the Oslo Spektrum in Norway and Lincoln Center in New York.

New York’s famed Carnegie Hall is where Ray and his wife/business partner - Vivian Scott Chew - curate "A Night of Inspiration".  The sold out, all-star concert promotes diversity and unity at the famed venue with a 64-piece orchestra and massive choir for notable artists from the gospel and secular communities.  This year’s never before seen pairings will return to Carnegie Hall December 10th, 2022.

Ray Chew remains steadfast in his commitment to philanthropy thru both the Power 2 Inspire Foundation and fundraising efforts in partnership with the American Federation of Musicians to benefit out of work musicians affected by the Covid-19 pandemic.  For more information, visit www.power2inspire.org and www.youtube.com/raychewlive.

Vivian Scott Chew is undeniably a pioneering risk taker in every sense of the word. As Founder and Principal of TimeZone International, she stands as an innovative figure in the global music and entertainment industry.

One of Chew’s foundational steps was at ASCAP (American Society of Composers, Authors and Publishers), where she was the first African-American female membership representative. She then founded the “ASCAP Rhythm and Soul Awards,” which became an instant success and has grown to become an ASCAP staple event celebrating its 33rd year.

Alongside her husband, Music Director and Producer, Ray Chew, Vivian is a founding Partner in Chew Entertainment, a premiere event production firm. Together, they have a great reverence for live music, working with clients such as The National Urban League, New Jersey Performing Arts Center, Juvenile Diabetes Research Foundation, The American Heart Association, Jackie Robinson Foundation and Carnegie Hall where she and Ray are proud to have produced multiple installments of their star-studded concert, a “Night of Inspiration”.

Vivian is the newest board member of the New Jersey Council on the Arts and Convenant House and is the Co-Founder and President of The Power2Inspire Foundation, which was created with her husband to identify and nurture music creators and industry leaders to rise to their highest potential. 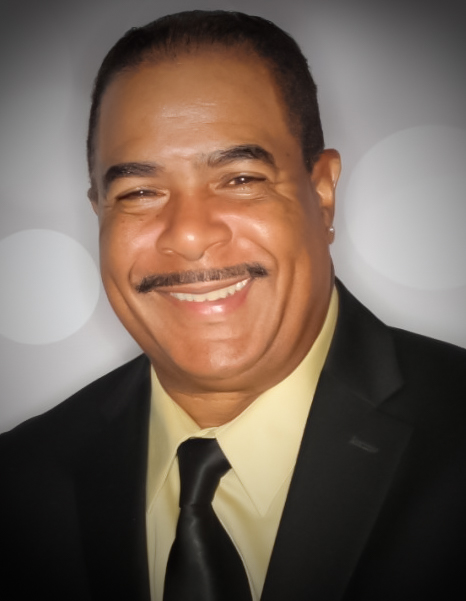 J. Keith Davis is an Educator, Music Director, Producer, Composer and Guitarist/Bassist. He holds  B.A. and B.S. (Dual Major) degrees in Performing Arts and Education from S.U.N.Y. Old Westbury  and a M.A. in Communications from New York Institute of Technology.

As a Music Educator, amongst Keith’s proudest achievements is his three decade tenure in the Hempstead Public School District. He has literally instructed, mentored and developed student specific curricula for thousands of ‘at risk’ and special needs students. Part of his success is that he clearly understands that you must be holistically skilled and sensitive to the needs of the community and evolving demographic. As a thirty seven year resident of Hempstead he understands that parents, co-workers, the community at large and administrators must contribute to and support innovative concepts that instill confidence in the learner. He approaches his students and their families with the utmost respect and with his mastery of state of the art learning/music technologies, his personal accomplishments as a professional musician and an unwavering dedication to his students and community, J. Keith has inspired children and families from all walks of life.

A professional musician, Keith’s talents are equally diverse as an instrumentalist, composer, artist developer, recording engineer and record producer. He has worked for and/or collaborated with Uptown Records, Elektra Records, RCA Records, MCA Records, Epic/Sony Music and a number of emerging independent and established production companies and artists.

His blend of musicianship, education, administration and leadership has led to his successful career. Now, as Executive Director of Music Education at Power2Inspire, Keith’s vision is to use his combined experiences to forge public and private partnerships in an effort to achieve the foundation’s mission and catalyze the development of emerging talent bound for careers in the music industry … using his own “power to Inspire” and showing “music with a heart”.